WG Wells, CED editor, critique specialist, indexer, and transcriber, has had a lifelong obsession with the written word and spent his youth voraciously reading thousands of books, before beginning his writing career in college as a newspaper staffer. While working on and off in academia over the past twenty-five years, he has also held editorial, writing, and research positions with multiple companies and organizations, including four years with the North American Mission Board of the Southern Baptist Convention.
He has over 100 articles in print and several works as editor, including Challenge and Go! Magazines.

He completed his B.A. from East Texas Baptist University in History and Religion, his M.A. in Church-State Studies from Baylor University, and completed his Ph.D. in Humanities (intellectual history) at the University of Texas at Dallas (UTD) in 2011. His dissertation explored the topic of Jesus-story films (such as Mel Gibson's The Passion of the Christ.) His scholarly interests include ancient Greek and modern German philosophy, film theory and criticism, international affairs and Holocaust studies. He has taught both full-time and adjunct for Panola College, University of Phoenix, Richland College, and Kilgore College. He also has served on several Baptist church staffs as a youth minister.

In addition to editing and writing for CES, WG enjoys transcribing from audio. He began typing . . . before he was taught to type. While he took a typing class in the seventh grade, his precocious work with computers meant he was using a TI-99 keyboard by the age of nine. Like many Generation-Xers, he was a hunt-and-peck typist, only he could type up to 80 words a minute. "Learning to type in the seventh grade almost ruined me - and by the time I was working in the newspaper in college, I had reverted to my primitive typing method. It was just so much faster and more accurate." WG prides himself on accuracy and efficiency in transcription, skills he honed as a lifelong writer and editor. "I want to deliver the best possible quality in the shortest amount of time without clients being concerned about problems down the line."

WG Wells is originally from the Houston metropolitan area (a small town called Cleveland, Texas) where his parents and grown siblings still live. He now lives near Tyler, Texas, where he writes and edits full-time. 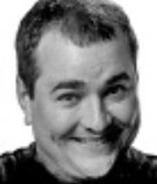